About connectivity of lakes and fluvial systems 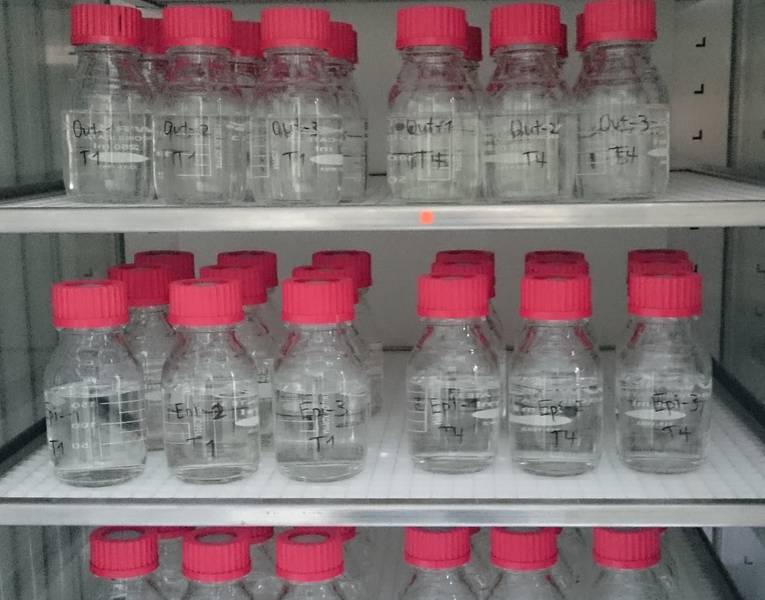 From a landscape perspective, it is less known how the connectivity of lakes to other fluvial systems in the hydrological continuum affects biogeochemical processes. Masumi Stadler investigated this in her master thesis with the title “Spatio-seasonal variability in dissolved organic matter optical properties and reactivity in a sub-alpine lake” under supervision of Martin Kainz and co-supervision of Elisabet Ejarque-Gonzalez. In July Masumi Stadler successfully finished her thesis. Congratulations!

In freshwater systems, dissolved organic matter (DOM) mainly originates from terrestrial and aquatic primary production, respectively, and its biodegradability is expected to vary due to differences in their biochemical composition. Still, the interaction of DOM of differing origin and the aquatic microbial population remains widely debated. Furthermore, how much carbon is retained in the lake system or exported to connected fluvial systems ultimately affects our understanding of the global carbon cycling. To address these questions, changes in DOM biodegradability and the consequent growth of microorganisms were assessed in dark bioassays for 20 days along a stream-lake continuum over four seasons. PARAFAC analysis modelled six components, of which three correspond to humic- and fulvic-like and the remaining three to protein-like fluorophores. Protein-like components comprised more than 50% of the relative proportion in the lake epilimnion in spring and summer, while the humic-like proportion was highest in the inflow with a cumulative fraction up to 85% in summer. Despite its high optical allochthonous DOM signature and lowest initial abundance, highest microbial growth rates were observed in the inflow (0.0076 ± 0.0011 cells mL-1 h-1) across all seasons. DOM reactivity differed rather in seasons than sites and DOM compositional differences show higher lability of DOM in upper lake layers but not in the outflow. Thus, a clear upgrading effect of DOM to downstream systems was not found, however, our results highlight the potential of terrestrially-derived DOM to be processed and incorporated by bacteria. This observation challenges previous ideas that DOM of terrestrial origin is less accessible and recalcitrant, while emphasising the flexible response of aquatic systems to seasonal fluctuations.